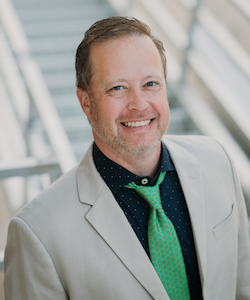 Justin was born January 29, 1981, in Indianapolis, Indiana, but grew up in Columbus, Indiana, with an attorney for a father who failed to warn him away from the practice of law. He attended Wilmington College (Ohio), where he was an Academic All-American swimmer who made the mistake of majoring in Political Science, which has absolutely no practical applications whatsoever. After a year of working on the Social Ecology of Murder in Indiana for the Indiana Criminal Justice Institute as a research assistant, he quickly discovered that living at home, making very little money, researching the death penalty, and commuting to Indianapolis was fairly unpleasant as a 23-year old.

Wisely, he decided to attend the Indiana University McKinney School of Law (Indianapolis) and intentionally take Federal Income Tax Law, which was much more unpleasant. He did, however, enjoy his time clerking at the Indiana Department of Labor’s Occupational Safety and Health division.

Fortunate enough to graduate during the economic boom of 2008, Justin pursued his HAZWOPER certificate so that he could put his freshly-minted legal degree to work running excavators and installing ozone-sparge systems on sites contaminated with petroleum and chlorinated solvents like gas stations and dry cleaners for EnviroForensics, a leading environmental consulting firm in Indianapolis. When he wasn’t putting his mind to work using a shovel, he did extensive technical writing documenting the progress of site cleanups to be filed with the Indiana Department of Environmental Management as well as compliance audits for industrial facilities looking to avoid OSHA citations.

Eventually, the founder of EnviroForensics decided that it was unlikely, but possible, that Justin’s talents would be better used if he actually took the bar and started practicing. To absolutely no-one’s surprise, it is both significantly cheaper and more convenient to have an in-house attorney rather than trying to reach one who is golfing by 3 pm on Friday. Justin built his practice dealing with a wide spectrum of the law, but most often with the interplay of environmental cleanup and commercial general liability insurance. Over the approximately ten years as General Counsel, Justin dealt with many complex corporate transactions, issues with labor and employment, real estate purchases, a few angry City Engineers, and one 2 a.m. Sunday morning call from the Indianapolis Metropolitan Police Department that some drunk guy had plowed a truck into a client’s (fortunately vacant) building at 40 miles-an-hour and his was the only number they had.

Justin is consistently concerned that his wife Carrie is going to recover from whatever traumatic brain injury she suffered that led her to marry him and bring his awesome kids Thomas and Jessie into the world. The Giffords have a problem rescuing dogs; their latest, Freddie Mercury, was found starving in a gutter in Kampala, Uganda, by a diplomat friend of Justin’s and ultimately shipped, under diplomatic passport, to the U.S., to join Hawk Exxon, Susan Mercedes, and Bullitt Alexander. And Holly the Cat. When Justin isn’t being Dad or Attorney, you can find him doing laps at the pool or playing video games and hoping the kids don’t notice.

Contact Us
Practice Areas
Client Reviews
★★★★★
"My experience with Beck Rocker & Habig went beyond expectations. I had never required legal services before my incident so I didn't know what to expect. Ashley and her team went out of their way to make the whole process as easy as it could be for their client. They exhibited a real concern for my health and well being and handled my case with integrity and professionalism. They have taken care of all the details and were very responsive to all my questions, and there were many of those. If I am ever again in need of legal services, Beck Rocker & Habig will be the firm I shall call! Thank you." D.W.
★★★★★
"Jeff Rocker - Excellent Attorney in Columbus, IN - Jeff Rocker has assisted my family on issues and I have had the pleasure to work with him through my company. He was extremely knowledgable in business law and explains it to his clients in easy to understand language. He has a solid reputation with the personnel in the courthouse and city hall. Not only does he have extensive knowledge in family and business law, but he has a "down to earth" personality that truly shines through. Often times people are afraid of attorneys or relunctant to seek advice from one, but Jeff Rocker makes you feel at ease the minute you meet him. He truly wants to help people and represent them in the best light he can." Dona
★★★★★
"Mr. Rocker has been nothing short of extraordinary in handling my affairs and the affairs of my company. As having been caught up in the real estate bubble several years back, my company has had its share of turmoil. Mr. Rocker has been there and continues to be here every step of the way. In addition to company issues that stemmed from the "bubble" bursting, personal issues have come my way as well. Jeff has handled each case with the utmost attention to detail. He continues to carefully explain his thought process and strategy in dealing with each situation as if it and I were his only case." Fred
VIEW MORE
Submit a Law Firm Client Review